In this post i will not only show you how to start posting on Facebook groups without any bans or restrictions by Facebook. We all know from 2020, its way harder to use the same tricks we used back then.

Good thing is nowadays you are first restricted from a few hours to a few days unlike the old days when your account got locked up in Facebook Jail for 14 days with no access to any group operations.

The Facebook ban used to take a minimum of 14 days (Two weeks) for the first restriction, then 18 – 21 days for the second restriction. However, the third violation gets your account disabled and prompts a verification test. Here you have to send your real identification documents and if you haven’t been using your real names on Facebook, its time to say bye to your account.

Why we get Blocked

Am going to list down some of the scenarios that can cause a violation and show you how you can escape Facebook’s spam detector. The actions below could get you get banned from posting in groups.

How to avoid getting blocked

You can try to avoid getting blocked from Facebook groups but what you should know is as time goes on, it becomes harder to post to very many Facebook groups without being noticed. You’ll definitely get flagged for spammy behavior at one point.

Facebook’s spam detector is very active and has actually become way better and smarter. The spam team keeps improving it every now and then. Your best odds is reducing the risk of bans.

I mention some of the ways you can reduce the risk to minimal. These measures can help reduce your risk of getting blocked on Facebook groups if implemented the right way.

Add reasonable intervals between your posts

Posting at a high pace is one of the alerts for Facebook spam detectors. Make sure you add reasonable time time intervals between your posts. Lets say you are posting 5 posts in less than 10 seconds, no human can do this in the actual world. This is an automatically alert to Facebook spam detectors. You need to add intervals of at least 10 minutes in between the posts to make it look more natural and human.

If you are that kind that insists on posting to 100 groups in a day, you could take the risk but add higher intervals between the activities. In such cases, most people use software and scripts to accomplish this task. I would recommend you automate the process too and simplify stuff.

Don’t send too many group requests

With the new Facebook Beta version, the discover groups page lists very many groups. It is very tempting and can push you to send very many requests in a day. Do not fall into this trap! Only send requests to join less that 10 groups in a day. Anything above this limit is risky.

Many new users usually fall victim to this because they feel they should join very many groups in a day. This isn’t possible any more like it was in the previous interfaces. Sending too many requests within a short interval usually leads to a ban.

If you are hungry to join groups, endeavor to send not more than 30 join requests in 48 hours. Reiterate the same procedure until you join all the groups you want.

Links from certain websites are banned from Facebook especially competitor social networks and un-trusted websites. Some of the banned links are Adf.ly, UCOZ, link-bucks and many link shrinking sites.

These links are banned from Facebook and if posted, you will receive a warning or a security test. It’s advisable to visit Facebook’s support center and check on the kind of links they restrict.

Some scripts will save you the hustle of adding multiple members to a Facebook groups and posting but what you need to know is none of these scripts are safe anymore however much the authors claim them to be. Simply stay away from them.

Copyrighted and restricted content will not only get you banned from posting in Facebook groups but might also cost you an account. Such content include links from Adult sites, Fraudulent sites. Visit this page to read Facebook’s community standards and know the kind of content they don’t allow on the social network.

Some groups have rules and regulations. They expect their members to follow them. When you fail to adhere to these rules, you risk getting flagged and reported to the Facebook Spam Team. If a group doesn’t allow posting certain promotional links then try and respect their expectations.

I wouldn’t rule out such apps. A few of them still work and will help you post to multiple Facebook groups at scheduled intervals. You just have to schedule your posts and let the application to do the rest.

You shouldn’t post to so many groups with such applications but rather a few that you are familiar with. If you go against this, you will automatically get blocked from posting on Facebook groups and at the cost of the script author’s developers account.

When using any Facebook multiple group poster, try to keep the time interval between the posts to at least 5 – 1o minutes and post to less than 30 groups in a day. I’ve used such applications before and am writing from my personal experience with them.

Keep increasing the interval between posts with time to naturalize the process.

This guide should help you. If followed the right way it will be almost impossible for Facebook to ban you from groups. In case you get banned you can try and check your support center for notification about the length of the ban. Like said earlier, the ban lasts from a few days to weeks depending on the severity.

How to Start a Blog and Make Money in Uganda

How to Change WordPress Theme Name 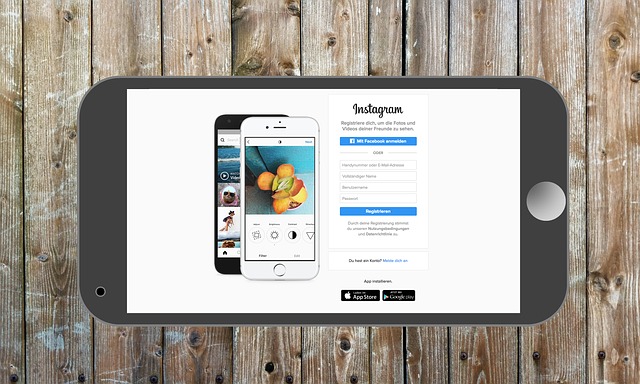 TutorialFAQ is an expert review website that receives commissions from the companies whose products or services we review. We do try out each and every product we recommend on this site. We are solely owned and we do express our own opinions here.
0 Shares
Share via
Facebook
Twitter
LinkedIn
Mix
Email
Print
Copy Link
Powered by Social Snap
Copy link
CopyCopied
Powered by Social Snap